Kosher Salt Vs Himalayan Salt And Their Key Differences 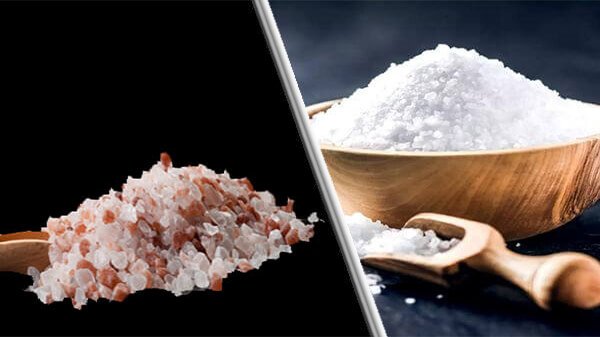 While growing up, were you ever told that you should not over-salt your food? We’ve all heard that once!

Also known as sodium chloride, salt is a crystalline mineral that is made up of 60% sodium and 40% chloride. There are a lot of risks associated with consuming too much salt. But do you know that not eating enough salt can pose a health risk as well?

Salt is essential for our health. It helps the brain and nerves perform imperative functions. It enables them to send electrical impulses and maintain fluid balance as well as regulate muscle functions. All the salts are generally harvested from two main sources – either from centuries-old salt deposits known as Khewra Salt Mines located in Pakistan or by evaporating seawater.

To produce salt, water has to be evaporated from seawater or brine which is made by pumping water into rock salt deposits. Once the water is gone, the remaining rock salt crystals are processed in different ways. Sometimes these crystals are treated with anti-caking additives so they don’t stick to each other.

But what is rock salt? Well, it is a common name for the mineral “halite”. Apart from seasoning everyday meals, salt also serves as an excellent preservative by preventing bacterial growth.

But not all salts are created equal. There are as many as nine types of salt that come with different nutrition values, tastes, and origins. Two of the most popular salts are Himalayan salt and kosher salt. While both of these salts are used for seasoning food, there are obvious differences between kosher salt Vs pink salt.

Let’s compare Himalayan salt Vs kosher salt in terms of their history, variance, and uses.

Kosher salt is produced by compacting small granular flakes into bigger and irregular platelet-shaped flakes. It can also be grown through the process of evaporation.

Coarse kosher salt is minimally refined and mostly sourced from underground rock deposits or evaporated seawater. One key feature of kosher salt is that it does not have a very sharp salty taste – most experts find it milder in taste as compared to table salt.

Kosher salt has an interesting name. It originated from the Jewish practice of “koshering meats”. For koshering, the meat is soaked in water and then kosher flake salt is rubbed on it.

Since kosher salt has larger grains, it does not fully dissolve the way any other salt like table salt would. Then the meat is left out for an hour to let out as much blood as possible. Once it is done, the bloody salt is washed off.

This coarse, large-grained salt can be bought at the market – where you can also find kosher salt alternatives that are used for koshering meat. Since this salt became very popular with the Jewish community for the koshering process, it was named Kosher Salt.

Kosher salt is not iodized and some brands may add an anti-caking agent to it. While kosher salt is excellent for curing meats, chefs around the world use it for seasoning all kinds of foods from vegetables to pasta.

Another defining feature of Kosher Salt – whether it is coarse or fine kosher salt – is that it does not dissolve as quickly as other types of salts. It has an interesting texture and because of its coarse nature, it can be easily handled. For this reason, it is often used in marinades, spice rubs, pickling foods, and making brines.

Chefs love using kosher salt when preparing meat dishes because it helps keep the moisture in the meat which makes it more succulent.

The ocean dried up and left a massive mineral-rich salt deposit in its wake that was buried deep underground by natural forces and created a mountain range. The rising mountains sealed off the Himalayan salt crystals from outside contamination, chemical, and pollutants. Thus, maintaining the pristine quality and sustainability of the salt.

This pure salt finds its origin in the Khewra salt mine, the largest source of Himalayan salt. Khewra salt mine is also the second-largest salt mine on the planet. The mine is located in Khewra, Punjab region of Pakistan. It is located within a mineral-rich mountain that extends for more than 200 km.

The Himalayan rock salt has time-tested properties because of which it is used in more than 360 Ayurvedic medicines. Some of these can treat high blood pressure, diabetes, obesity, and other medical issues. The salt is visually striking.

Unlike kosher and other salts, it has a beautiful pink hue that comes from the presence of iron oxide. It is known to be the purest salt which contains over 84 trace minerals that are essential for good health and vitality like magnesium, potassium, and others.

Unlike Kosher salt, Himalayan salt is not processed and is sold without chemicals, preservatives, or additives. It also contains a trace amount of iodine.

Gourmet chefs love Himalayan salt due to its vibrant hue and soft taste. It does not have any bitter aftertaste that we find in other salts.

Apart from its uses in culinary, Himalayan pink salt is also available in the form of many different products that are beneficial in daily life. These include decorative salt lamps, candle holders, salt bricks, cooking blocks, salt inhalers, and Neti pots.

Kosher Salt vs. Himalayan Salt: Which Salt To Use?

Both the salts have the same primary use: seasoning food. Kosher salt is great for curing meats while Himalayan pink salt is overall a much healthier choice due to 84 trace minerals and a soft, mild taste. For general use, Himalayan salt is highly recommended.

PrevPreviousWhat Is The Best Himalayan Salt Lamp? How Is It Good For Your Home?
NextYour Guide to Himalayan Bath Salt: Rejuvenate, Restore And RefreshNext 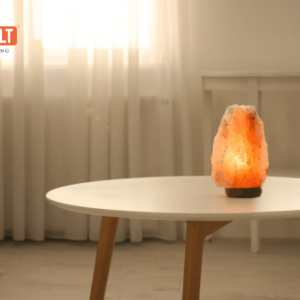 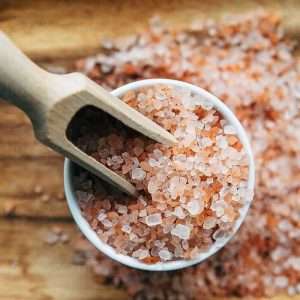