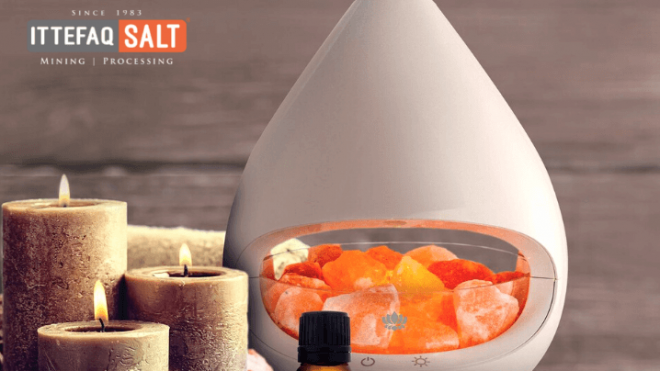 This salt is available in the form of pink salt lamps, oil diffusers, lick salt, salt bricks & tiles, and salt candle holders. In this article, we’ll break down the benefits of the Himalayan salt lamp diffusers, the facts about them, and why everyone seems to love these lamps!

The pink salt lamp is a beautiful décor item that spreads an ambient pink-orange glow in your room and the soothing fragrance of the essential oil.

Crystal rock salt is far superior to traditional iodized salt. Himalayan salt is millions of years old pure and untouched by many of the toxins and pollutants that pervade other forms of ocean salt.

These beautiful Himalayan salt lamps garnered tremendous popularity recently and there are many benefits attributed to them.

Facts about Himalayan Salt Lamp as a Diffuser

Advocates believe that the Himalayan salt lamp diffuser works in the following ways:

Uses of the Himalayan Salt Diffuser

"Get These Extremely Beneficial Himalayan Salt Lamp Diffusers In Bulk "

When we focused on the benefits of the salt lamp we came to know numerous advantages related to these lamps and the negative ions released by them.

Here are a few exciting benefits of Himalayan salt lamps, as well as information about how to get more from these pink salt lamps.

These days, salt is not just used for consumption purposes but also comes to you in the form of the essential oil diffusing lamp that captivates its viewers by giving off the primordial glow and aroma. Sometimes it looks like sunset and other times it appears like molten lava.

Illuminating your room with a warm, pleasant & relaxing amber glow creates a romantic vibe and boosts your mood. Himalayan salt lamp aromatherapy brings divine harmony to your mind and soul with the lamp’s therapeutic glow.

Himalayan salt lamps not only light up your room with a pacifying glow but also reduce EM radiations all over the space around you to cleanse the environment.

True Himalayan Salt comes from the Khewra mine of the Himalayan Mountains in the Punjab region of Pakistan.