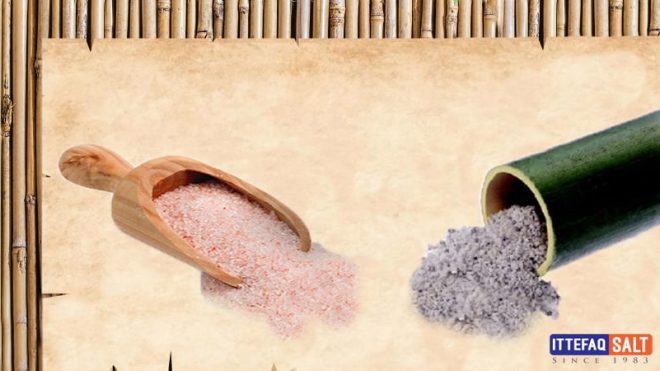 We all know how important salt is for the proper functioning of the vital organs of the body. Ironically, we are misled about many products and their benefits. Salt is one of them. Flip through any health magazine and you’ll be surprised at the variety of salts available and the many health benefits each one claims to have.

Walk between the aisles of a supermarket and you’ll be surprised to see a huge variety of salts neatly arranged on the shelves.

The markets are full of different kinds of salt. Consumers should learn in detail about each salt before using it in their daily life. Anything that looks pure white and doesn’t get sticky can’t be considered good salt.

Good salt is rich in all the beneficial nutrients needed by the human body. It reaches its consumers in its purest and most natural form.

Both salts are ancient and have been used for a long time. It would be wrong to say that they were reintroduced to modern man, as their benefits were long forgotten.

What is bamboo salt?

Bamboo salt appeared 1000 years ago. It was developed in Korea by Dr. Kim II Hong in collaboration with the monks. Since then, bamboo salt has been used as a folk remedy for various ailments.

What is Himalayan Salt?

Pink Himalayan salt is also sea salt, but in a different form. It is mined by hand from salt mines located at the foot of the great Himalayas. These mountains are located in Punjab, a province of Pakistan.

Interestingly, both salts are produced in very unique ways.

Bamboo salt, also called Jukeom, is filled with bamboo cases. These boxes are then sealed with yellow clay rich in minerals. The bamboo boxes are then placed in metal boxes and heated in a pine wood oven. The process takes about 10 hours and the required temperature ranges from 1000 to 1300°C.

The whole process is repeated 3.6 or 9 times, making the salt more medically effective. In ancient times, this process was performed only twice, but studies have shown that doing it multiple times increases its effectiveness. Repeated roasting at high temperature helps to better combine the nutrients from the bamboo and yellow clay and helps to get rid of impurities from the sea salt.

The medical effectiveness of salt reaches its peak when it is subjected to the process 9 times. After that, if it is fried, it starts to lose its effectiveness. At its peak, bamboo salt is referred to as purple bamboo salt because of the purple hue it acquires when roasted at a high temperature.

Himalayan salt is mined by hand from the Khyura salt mines. . The process does not use explosives, so the salt remains clean. The extraction procedure follows the doom and pillar technique, ensuring that the salt mines are not damaged.

Large chunks of Himalayan salt are cut, shaped and ground as needed.

Scientific studies have proven that bamboo salt contains more than 70 micronutrients. The reason for the rich nutritional profile of bamboo salt is the leaching of minerals from bamboo tree trunks, yellow clay, and pine resin.

The main components of bamboo salt are calcium, phosphorus, magnesium, iron, manganese, copper, potassium and zinc. At the same time, it has a lot of sulfur due to the trunk of the bamboo tree. This makes bamboo salt a highly alkaline food compared to all other acidic salts. This also makes bamboo salt an excellent neutralizer.

Another interesting fact about bamboo salt is that it displays the energy of the five main elements from the raw ingredients and the roasting process it undergoes. Item details:

It is because of these minerals that this Himalayan salt gets its unique pink and orange hues. Pink salt is said to have the perfect balance of sodium and potassium, which complements the proper functioning of the body’s organs.

Ways to Use Bamboo Salt

Ways to Use Himalayan Salt

Both of these salts are beneficial to human health. The consumer should research and select the most appropriate salt for daily use.