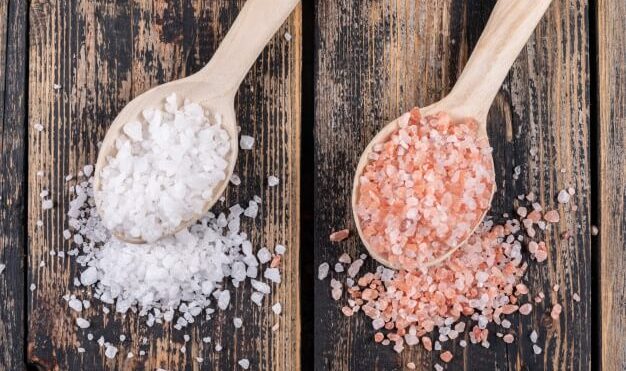 There are many types of salts that originate from different regions of the world and are known by their respective sources. The main use of salt is to season food and it is necessary for the better functioning of many functions in the human body.

Different types of gourmet salts are used for different purposes. This diversity in use is due to the specific features that make them suitable for certain use. Here, we will specifically discuss the two most popular salts – Himalayan salt and sea salt.

Despite having the same main constituting compound sodium chloride, Himalayan pink salt and sea salt not only have different colors, textures, and mineral content but are also obtained differently.

As the name suggests Himalayan rock salt is sourced from underground salt mines, whereas, sea salt comes from seawater. These two salts are different from each other in many terms that make them distinct from each other.

We will discuss the key differences between these two salts based on their overall profile and characteristics.

Being the purest salt and containing more than 80 trace minerals exactly the number found in the human body, it is no wonder that pink Himalayan salt is the go-to salt for daily intake by health-conscious people all around the world.

This vibrantly pink rock salt with traces of iron is hand-mined from the salt deposits found in the foothills of the Himalayan mountain region located in Pakistan. It has a distinct flavor because of its unrefined nature and complex mineral content.

Himalayan salt has a lower sodium content than sea salt. According to research, 1 teaspoon or 5 grams of sea salt contains 1,872 mg of sodium. Whereas, a teaspoon of Himalayan rock salt contains 1680 mg sodium.

Both these salts also offer different benefits related to food, health, and wellness. Due to this, people use them for different purposes. Let’s take a look at their specific benefits.

What Is Better For You Pink Himalayan Salt Or Sea Salt?

Now the question is, Which salt is better to use for seasoning meals and other purposes?

Sea salt is mostly advertised as being healthier than table salt but they both have almost the same sodium content and nutritional value. On the other hand, Himalayan salt is composed of 98% NaCl and contains 2% trace minerals that sea salt lacks. These minerals increase the nutritional value and benefits of Himalayan salt. It is unrefined and the least processed salt which makes it better than sea salt.

Cooking with pink Himalayan salt not only imparts flavor to the food but provides traces of minerals. Due to its texture and crystalline structure, Himalayan pink salt is available in the form of different products that are used for different purposes. Pink salt is also better than sea salt for use as a finishing salt because it brings out the flavor of food while enhancing the garnishing and giving a crisp texture.

Different types of salts can have a different impact on the flavor and nutritional value of foods, so we should choose the right salt for different cooking applications.

One more thing to keep in mind is the grain size of salt impacts the flavor strength and the amount of salt needed in a recipe. Therefore, you should choose the right salt type for a consistent result.

Regardless of the salt you use for seasoning your meals, make sure to avoid excess consumption of salt as it may pose serious health issues. 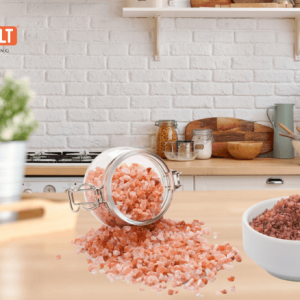