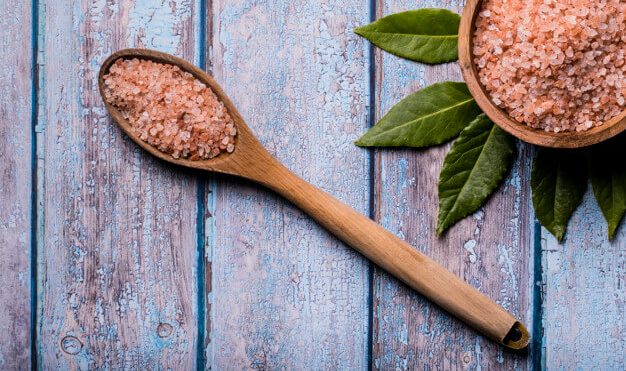 If you are a health freak and keep yourself well informed about health fads that keep popping up in the market, you must have heard about the health benefits of Himalayan salt .

People around the world are always looking for new things that seem more promising than the things they are currently using; about the health benefits.

In doing so, humanity has been observed switching sides between natural and man-made products. It’s more of a trend to follow things and keep flowing in a circle. People adopt changes and better alternatives in search of the best for their health and end up with things that are ancient and have brought benefits.

Himalayan pink salt is one such example of coming full circle, humanity has followed in the search for the best and ended up with something millions of years old.

The history of Himalayan salt is very interesting. Himalayan salt is extracted from the salt mines located at the foot of the Himalayan mountain ranges in Punjab, Pakistan. There are a total of six salt mines from which salt extraction is carried out, of which Khewra is currently the active one.

This natural salt is said to be centuries old. It is the result of a shift in the tectonic plates that took place in the Precambrian. This shift in the plates trapped an inland sea that evaporated over the years, leaving behind thick deposits of salt. These salt deposits were protected by the great Himalayas who advocate the purity of the salt.

Many years ago, Alexander the Great passed through the area of ​​the salt mines. He, along with his horses and army men, stopped to rest. One of the soldiers noticed the horses licking the rocks. These were actually the natural salt rocks .

This is how salt mines were discovered. Over time, salt mines have known many rulers and salt has been used as a valuable commodity ever since.

The speed with which people all over the world are embracing the Himalayan salt and using it in their daily lives is quite noticeable. It raises the question of the sustainability of Himalayan salt .

The good news is that there are a total of six mines that contain this natural salt. Three mines have nearly 10 billion tons of Himalayan salt reserves . Khewra alone has 6.7 billion tons of salt, of which 22 million tons are currently accessible.

Currently, 300,000 to 400,000 tons of salt is harvested from the Khewra salt mines every year, which means it can continue to produce this amount of salt every year without any expansion for another 550 years.

To remind! We are not considering any further expansion of tunnels in the mountains and this is just one of six mines we are talking about.

Table salt is white in color. It is a fine powder that can be easily mixed into foods to improve taste. No matter how balmy the climate is in your area, table salt won’t get cakey, because of the extra anti-caking agents.

Himalayan rock salt crystals come in shades ranging from pink to subtle shades of orange. It comes in immense squares and pieces that are then cut and ground as desired. Because Himalayan salt is not refined or handled, the salt grains are coarse unlike those of table salt.

Himalayan Salt is extracted by hand using legitimate procedures that have been used for several years .

Table salt is processed and refined to achieve the white color and fine surface it is known for. In this treatment and refining, the salt loses many of its components that are normally part of the salt and are extremely valuable.

In addition, this salt has added iodine and is hostile to hardeners added to it. The extraction techniques used for table salt are another concern because they add unsafe substances to the salt.

The ocean water always gets polluted. The moment this water evaporates, the buildup consists of salt and other polluting influences from the ocean water.

Explosives recontaminate the salt with hazardous components that can pose a real threat to human well-being.

Himalayan pink salt is known as the most perfect salt. Aside from sodium chloride, Himalayan salt gloats contain 84 other minerals that are extremely valuable to human well-being. These trace elements are the reason for the beautiful shades of this salt.

Studies support that high salt consumption can be detrimental to human well-being. It increases the danger of some heart and blood related diseases. This is the main reason why there is so much pressure to reduce salt consumption.

The most commonly used salt is regular table salt. Through treatment and refining, table salt loses a significant amount of its normally occurring components. The absence of these components makes sodium the bulk of the salt. This makes salt pointless and harmful. The added substances in the table salt also pose a danger to the general well-being.

Himalayan salt, on the other hand, brings a host of benefits based on its origin and mining procedure. Since it reaches its customers in its purest form, it contains several beneficial co-minerals. These fellow minerals fulfill an essential function in the functioning of the human body.

In addition, these minerals complement the job of sodium in the body, transforming it into a beneficial component. Apart from these benefits obtained from the use of Himalayan salt, it is known for some natural benefits that influence people in constructive ways.

The health benefits of Himalayan rock salt crystals include:

Use the blocks to cook vegetables, shrimps, fish fillets, finely sliced ​​meat or even fry an egg. The thick salt squares distribute the heat evenly, ensuring even cooking.

The best part is that Himalayan salt is normally hostile to microbial contamination, so cleanup only requires a spirited clean or rinse.

Himalayan salt is used as salt lick for animals as it helps them in bone growth and muscle strengthening. These mineral salt licks also attract animals to land in case you want to set up a hunting spot.

Himalayan salt is used in many facial toners and scrubs. The salt granules help remove dead skin cells and leave a smooth and youthful radiant skin.

In short, pink Himalayan salt is packed with benefits. It is a gift from nature to mankind and helps alleviate a number of health problems caused by elements that rival nature.