Know Everything About Himalayan Salt Tiles Benefits and Uses 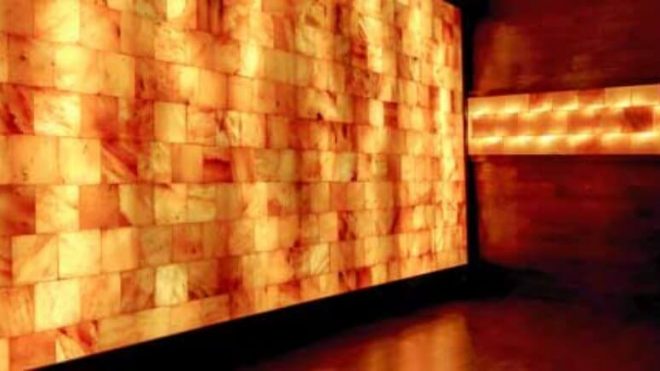 We all are very well aware of the health benefits that pink Himalayan salt offers upon its consumption in our food as a substitute for normal table salt but here we are going to tell you the multiple benefits you may experience by using the Himalayan salt tiles.

Himalayan salt tiles have diversified usage not only because of their enchanting appearance but also due to the numerous benefits they offer. These are made with Himalayan Salt blocks that are shaped in tiles of different sizes. Himalayan Salt is very versatile and used to make many products such as salt lamps, salt candle holders, salt licks, salt inhalers, and salt bricks and tiles.

In this article, we will focus on Himalayan salt tiles Benefits, Uses, and other features.

Himalayan rock salt which is used to make these tiles contain naturally occurring trace elements that give these rock salt crystals a beet-red to pink tinge. This pink shade renders the Himalayan rock salt tiles enticing enough to use them for decorative purposes in your homes and offices. It is also used in spas to make salt rooms.

Himalayan salt tile walls also emerge anions, these negatively charged ions positively impact your body by alleviating depression, and anxiety and inducing good effects on your lungs. The salt crystals also improve breathing issues when inhaled, this phenomenon is known as Halotherapy or salt therapy. Several studies have been performed to evaluate the effect of salt inhalation.

How To Install Himalayan Salt Tiles?

1.   Using The Existing Wall And The Floor Of Your Home

You can construct the Himalayan pink salt wall using any other wall for support but before that, you have to ensure that the walls and floor, to which you are going to fix the pink salt wall, are sturdy enough to endure the weight of the salt wall.

You can construct a Himalayan salt tile wall in the same manner as the normal brick wall using adhesive or grouts to fill voids between the tiles to keep them aligned or you may use any other special material to make it ravishingly beautiful.

In addition to that, you have to install lighting behind the pink salt wall, providing sufficient space between the wall used for support and the pink salt wall to allow proper airflow and secondly to have access there for the regular maintenance of the light feature.

This pink salt tile wall can be constructed independently on the floor without the support of any existing wall, providing that the floor is capable enough to bear the weight of the salt blocks. Such walls are installed mostly as partition walls in master bedrooms or open spaces of your home.

Installing a backlight on the salt wall not only enhances the beauty of the wall but it is also necessary to heat the salt using light to have:

There are numerous ways to backlight a salt wall by tube lighting, rope lighting or track lighting, etc. It is appropriate to use a light that backlights the salt wall with the flick of a switch so you can easily light it up when needed.

Himalayan pink salt caves are designed to imitate the environment of natural salt caves. These caves have the floor and walls made of Himalayan pink salt tiles. You just have to sit calmly inside and inhale the salty air. It’s a passive type of salt therapy that is used as a therapeutic measure for chronic obstructive airway diseases.

The unique pink-hued salt tiles have extreme versatility. They can be used as cooking blocks for cooking, grilling, and serving a variety of foods. These tiles impart the salty and mineral-rich flavor to the foods cooked and served on them such as sushi, cheese, or vegetables.

These pink salt tiles can also be used to sear food, before that it has to be heated in an oven at 400-500 degrees for almost 30 minutes then it can be used for searing quick-cooking foods like seafood, thinly sliced veggies, etc.

You may give a twist to the regular grilling by placing the pink sea salt tile over the grill for both sweet and savory meals.

Pink salt tiles can also be used for serving ice cream by chilling it out for almost two hours and then topping it up with the ice cream scoops.

As mentioned above pink salt contains 84 trace minerals so when you place a Himalayan sea salt tile beneath your feet, the direct contact of your toes with the pink salt tile will cause your feet to sweat which is a natural way to get rid of the toxins. While pulling the toxins out of your feet, minerals get absorbed that will render your feet cleansed, and ease tiredness and aching caused due to overexertion.

All you have to do is to lie back in a comfortable chair with a cool damp cloth over your head and place your feet over the pink salt tile and enjoy the soothing effect of the pink salt foot detox tray.

To enhance the calming effect you may sip Himalayan pink salt sole water which itself has tremendous health benefits. It requires about 15-20 minutes to reap its benefits to the fullest. Once finished, you may clean the tile with a damp cloth or by spraying disinfectant then dry it off and it will be ready to use again.

Because of the versatility of their usage, Himalayan pink salt tiles have a wide range of benefits for your wellbeing.