Himalayan Salt Sole Water And How It Benefits Our Health 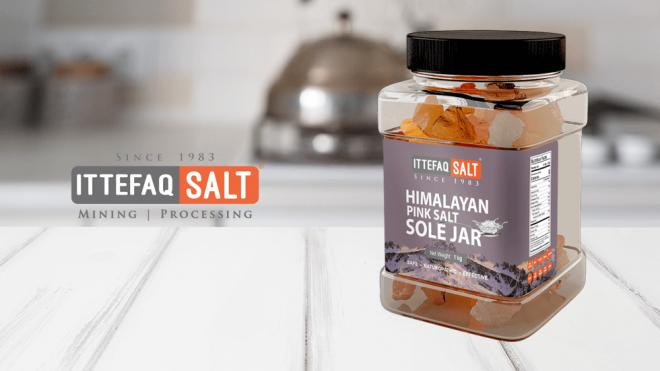 When we take a look at our food consumption and the way it is produced, we come to conclude that the food is getting affected very badly by pollution and soil depletion. The food we consume is not sufficient to provide us with an adequate amount of essential vitamins and minerals that our body needs for healthy growth, energy production, and various functions.

To get that amount we have to take minerals from external sources and without thinking twice, regular consumption of the Himalayan pink salt sole water would be a great choice for having those essential minerals along with sodium as it is very important for many internal functions of the human body.

Before we discuss sole water, let’s look at the main features of pink Himalayan salt and its benefits.

We have to understand the fact that table salt is nothing but an unhealthy source of sodium as it is heavily refined, containing additives like anti-caking agents to avoid clumping and processing which removes many nutrients.

Whereas, pink salt is extracted manually from khewra salt mines located in Pakistan. It is not heavily processed and contains no additives. That is why it is considered to be the purest form of salt.

So, Himalayan pink salt is supposed to be more natural than table salt. The best way to unleash the benefits of Himalayan salt is to make sole water.

What Is The Pink Sole Water?

First of all, fill the jar quarter of the way with Himalayan salt crystals, then top off the jar with water, seal it with a lid, shake and let it sit for 12-24 hours.

If all the salt dissolves after you let it sit, add small amounts of salt until it no longer dissolves. Now it’s ready to be used.

The benefits of Himalayan Crystal Salt and its various applications were explained in Dr. Henel and Peter Ferreira’s “Water & Salt: The Essence of Life.” This book explains the research on the life-giving properties of water and salt and how the consumption of Himalayan pink salt sole water will give enormous benefits.

All the claimed Himalayan pink salt sole benefits are mainly due to the mineral content of the Himalayan rock salt. Some of the health benefits are enlisted over here.

It helps in the detoxification of your body. The more water you consume the more you will urinate. But drinking plain water will make you lose the essential minerals, whereas pink sole water will flush out all the toxins while replenishing the lost ones and keeping you hydrated.

Drinking sole water after a strenuous exercise that makes you sweaty, will rehydrate you along with restoring minerals you had lost while sweating.

Himalayan salt sole water contains electrolytes that are ionized and easy to absorb, thus maintaining the pH of your body i.e. acid-base balance. It assists in the homeostasis of the renal system of the body.

Rich Source Of Vitamins And Minerals

Though trace elements constitute 2% of the Himalayan salt, regular consumption of even those minute amounts will aid in digestion, bone-strengthening, even wound healing, and assist in various other functions of the body.

It contains minerals particularly selenium, copper, and zinc which are skin-friendly.

Drinking Himalayan sea salt sole water stimulates the salivary glands that not only moisten the food we eat and make bolus but also break down the complex compounds into the simplest ones and facilitate digestion.

By drinking pink sole water you can boost your energy levels as it contains numerous minerals and vitamins that render this a “caffeine-free energy drink”.

We all are very well aware of the fact that diet and sleep are strongly interrelated.

Vitamins we consume through diet aren’t sufficient enough so we have to add them to our routine through supplements.

Just go for the Himalayan salt sole water. The minerals in it, particularly magnesium will make you relaxed and its regular consumption will ameliorate your sleep-wake cycle and help you fall asleep on time.

Have It Once daily

Although sole water has numerous health benefits and they all are interrelated mainly with the mineral content present in the Himalayan pink salt. But as their concentration is very low, to achieve their optimum level for having the desired effects, you have to drink this Himalayan pink salt sole water once daily (preferably in the morning).

Don’t Have It As Medicine!!

Though Himalayan pink salt sole offers multiple health benefits, still it is not prescribed here as a treatment of any ailment.

You all must have heard this:

So, despite the diversified health benefits of Himalayan pink salt sole water, don’t consume pink sole excessively. Just have it in moderation.