Top Benefits Of Himalayan Salt Inhaler And How To Use It 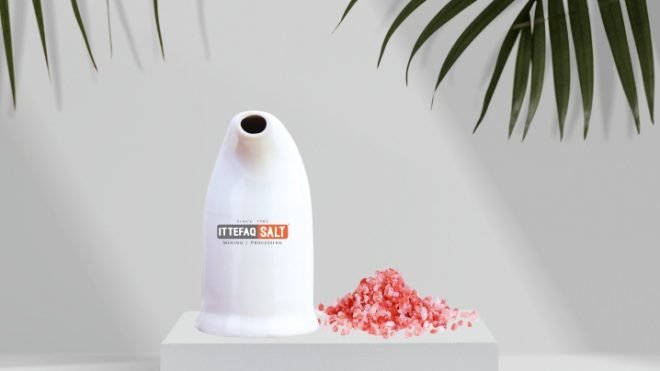 The practice of salt therapy was started several centuries ago in Eastern Europe. The miners who used to spend most of their time in mines had better respiratory health than others who were not exposed to salt.

Physicians soon discovered the potential benefits salt had on body systems only when properly used. That’s how the concept of salt therapy originated which is also known as Halotherapy.

During ancient times, people used to treat respiratory conditions by spending time in salt caves to get therapeutic salt therapy for centuries.

What Is Salt Therapy?

It is a natural process that uses salt rooms and caves. People sit in salt rooms that are made with salt bricks or tiles and tiny salt particles are also released into the room. The tiny crystals of Himalayan salt reach the lungs through the mouth, skin, and nasal cavity. This helps to clear the nostrils and the respiratory passage and flush the pollutants out.

What Is A Salt Inhaler?

When you use Himalayan inhalers, the moisture of the air that you breathe in picks up small crystals of Himalayan salt and takes them to the lungs through the respiratory passage. A salt inhaler is an affordable and convenient way to get all the benefits of salt therapy at home.

Salt inhalers provide the facility of salt therapy at home which was used as a treatment for respiratory disorders over 200 years ago. These salt inhalers are very effective in providing the following benefits:

Himalayan sea salt inhalers can temporarily relieve the symptoms of many respiratory conditions such as asthma, seasonal allergies, cough, sinus, and bronchitis.

When you inhale Himalayan pink salt through a salt inhaler, these salt particles go through the airway and inner lining of the lungs and draw water into it. This way the mucus gets thin. Salt draws this mucus along with other toxins to the surface to clear them out of the body easily, thus helping you to breathe comfortably.

Himalayan salt inhaler is antiseptic and supports the sinus by removing all the mucus and reducing inflammation. This makes breathing easier and hurdle free. Thus, providing relief from the congestion and pain produced by sinusitis.

By clearing the nasal cavity and removing congestion, the salt inhaler helps easy and clean breathing. When you breathe easily you feel more relaxed and comfortable.

A salt inhaler reduces congestion. It also helps to flush out the mucus and pollutants trapped in the body and detoxify it.

Salt therapy through a salt inhaler may calm your mind and senses and relieve stress, thus helping to improve your sleeping habits. Stress and anxiety render a good night’s sleep. So, the more relaxed you are, the more easily you will fall asleep.

The use of the Himalayan salt inhaler may promote a good night’s sleep by easing respiratory issues that may cause difficulties in sleep. It improves breathing and may also relieve the snoring problem.

Himalayan salt is said to release negative ions that help to reduce stress levels and boost your mood. These salt crystals are said to raise the secretion of serotonin that relaxes the mind and body. Salt therapy you get from salt inhalers is similar to the time you spend at the beach relaxing and enjoying.

How to Use Himalayan Salt Inhaler?

Usually, salt inhalers are prefilled with Himalayan salt, but if not, then fill the chamber at the bottom of the salt pipe with the salt. Then place the tip of the inhaler in your mouth and breath through the opening of the tip also called the mouthpiece.

The salt inhalers come with Himalayan rock salt that can be used daily for a year. Make sure it does not get moist or clumpy but if it does then replace it with new salt. Simply remove the plug on the bottom of the salt inhaler and throw out the old clumpy salt and refill with new salt crystals.

It is highly recommended to not use regular table salt, sea salt, Epsom salt, or any other type of salt for your Himalayan salt inhaler.

Himalayan salt inhaler is a safe and drug-free product that incorporates 100% natural, pure, and mineral-rich pink rock salt crystals. While Himalayan salt inhalers may provide some remarkable benefits and reduce the symptoms of many respiratory conditions but consulting a doctor before using them is necessary.

This is not the actual treatment for respiratory conditions but a natural way to reduce the symptoms and provide temporary relief.