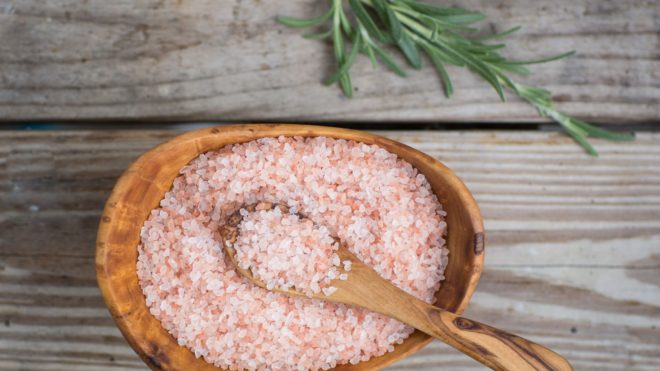 People who are conscious about their health are always up for adopting healthier alternatives in their lifestyles. The Himalayan salt is one such lifestyle change that many have adopted owing to the plethora of benefits it holds. Natural Himalayan rock salt is beneficial in so many ways that it wouldn’t be wrong to call it nature’s gift to mankind.

The Himalayan salt is known to be the purest form of salt to exist on the face of this planet. This salt is just like any other edible salt found in our homes; having many more benefits. The natural rock salt can be used as a food flavoring agent, decorative pieces around the house, salt lamps, salt baths and soaks in spas, and as a treatment for serious ailments like asthma and certain skin conditions. This miraculous rock salt is not only beneficial for the human body but also for animals.

Let us take each topic at a time and learn in detail about this magical salt.

How Is Himalayan Salt Formed?

Himalayan salt is extracted from the salt mines located at the foothills of the Himalayan mountain ranges in the Punjab region of Pakistan. These Himalayan salt mines are a must-visit for people who are interested in knowing and seeing the wonders of nature.

Khewra mines in Pakistan are an attractive tourist point and special steps have been taken by the Government of Pakistan to conduct guided tours for people visiting the mine area.

The Himalayan salt mines date back millions of years ago. We are talking about the Precambrian era here which refers to the time when the first multi-celled life began on this planet.

Geologists believe that due to the movements of the tectonic plates, a giant sea got trapped in between huge mountains. This massive sea evaporated over time leaving behind huge deposits of mineral-rich salt. This salt remained in its purest form, protected by the layers of earth; until discovered many, many million years later.

History And Origin Of Himalayan Salt

As mentioned earlier, the Mineral salt found in Himalayan ranges is protected under thick earth layers for many years. Until one day Alexander the Great passed through this region with his army. The great warrior decided to take some rest and stayed near the salt mines, not knowing he was about to make a great discovery. One of his army men noticed the horses licking the rocks nearby with fondness. The army man got curious and licked the rock himself and found it salty. Hence the Himalayan salt was discovered.

This magical pink salt has always been of great importance, with its value varying from time to time. It has been a principal source of income for the people living nearby the area where these mines stand today.

People in ancient times used it as currency too. Since food can be preserved for a longer period using this salt, people used it to preserve meat and fish and also as a great barter commodity. In return for the chunks of the Himalayan salt, they would get food items or other living necessities.

Himalayan salt is also widely used in Ayurvedic medicine. Owing to its health benefits this salt was dubbed as the ‘king salt’, ‘salt of life’, and ‘white gold’ in ancient times.

The Mining Process Of The Himalayan Salt

Over the years Himalayan salt mining practices have seen many changes and have been passed down from ruler to ruler.

The latest noticeable advancement in the method of mining rock salt was made under British rule when a scientist devised the doom and pillar technique. This ensures the structure and stability of the salt mines are not compromised with hurdle-less salt extraction.

After knowing pink Himalayan salt benefits for human health, you must be wondering if this salt is sustainable? Also, since it was discovered hundreds of years ago, and has been in considerable use since then. A simple answer to your curious mind is ‘YES’. Himalayan salt is very sustainable.

These salt mines were discovered hundreds of years ago but the six mines in the area contain huge supplies of this miraculous salt. The figure is a little unclear, yet, according to rough estimates, the largest of the six mines called the Khewra salt mine alone contains nearly 6.7 billion tons of this salt, out of which only 220 million is accessible as of now.

Khewra harvests around 400,000 tons of salt each year. If these numbers are boggling your mind, let us put things simply. If the salt is continued to be harvested at the current rate, provided none of the salt mines is expanded, the salt can easily last for another 550 years. If these mines are expanded, the salt supply can be endless!

To date, the Himalayan salt is hand-harvested from the mines following the tried and tested doom and pillar technique. This technique ensures no damage is done to the actual structure of the salt mines. Following this technique, only 50 percent of the salt in each “room” within the mine is harvested and removed. The remaining 50 percent is left as pillars to support the structure of the rooms and the mountain.

We all know how harmful explosives and dynamites can be. Keeping this in mind, the harvesting of the Himalayan salt is done by hand under strict supervision. The use of any explosive or dynamite is prohibited as it may affect the structure of the salt crystal.

Hand-harvesting is a slow process but it ensures the salt retains its purity until it reaches its consumers. No reports of any damage done to the wildlife or plants due to salt harvesting have been reported till date.

The harvested chunks of salt are then transported to factories run by different salt dealers and producers. One of the leading Pink Himalayan salt producers in Pakistan is Ittefaq Salt.

The harvested salt chunks are then checked for the removal of any contaminants, pollutants, or low-quality crystals. The resultant salt is of the finest quality and free from additives. This salt is then sliced, shaped, or ground as desired. Throughout the process, it is made sure that the salt reaches its consumers as pure as it exists naturally.

In the area located near the salt mines, salt is a major trade commodity. People living nearby take it as one of the major and valuable agricultural products. These communities of people have had their generations involved in the harvesting of the rock salt. It is their prime occupation and they play a vital role in enriching Pakistan’s history and agricultural present and past.

Harvesting of natural rock salt contributes to the country’s economy. It provides people with jobs. This miraculous salt is in high demand internationally as well. This gives a boost to the country’s international trade. Since the Himalayan salt is sure to last almost forever, the economic advantages associated with it are everlasting too.

The trace minerals present in Himalayan salt are mainly minerals that are already present in our bodies and thus our bodies know what to do with them. Simply put, these minerals act as electrolytes that carry the electric charge in our body from cell to cell and provide these cells with energy to perform their tasks.

There have been claims by a few regarding the high potassium content in the Himalayan salt. Scientifically speaking, potassium and sodium work closely together. When the body is getting a lot of potassium, sodium halts the rise in blood pressure. Also, studies have proven that increased potassium intake is more effective in lowering down blood pressure than cutting down on sodium intake.

The main reason for the rising popularity of Himalayan salt worldwide is its many uses and benefits. The salt can be used in:

The mineral rock salt is beneficial in:

Himalayan rock salt is hands down the best thing to add to your lifestyle. Fill up your houses with this nature’s gift.