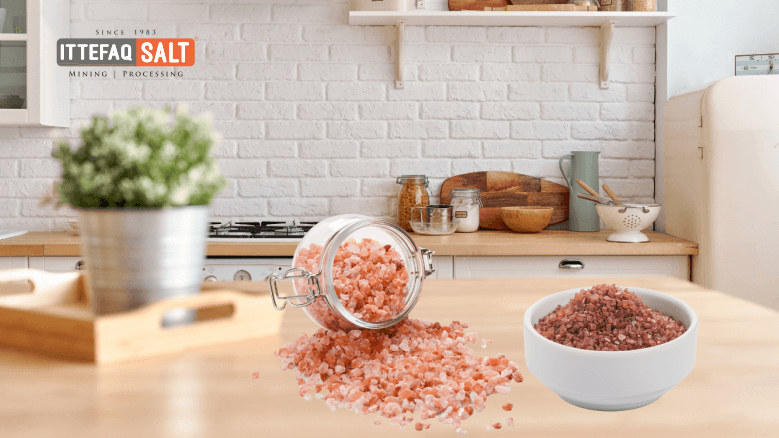 Hawaiian alaea salt and Himalayan salt are two very popular culinary salts that provide more than just flavor to meals. There are some similarities yet differences between these two salts that make them distinct from each other. Due to this, these two salts have different uses and benefits. Let’s discuss Hawaiian salt vs Himalayan salt based on their differences, properties, and uses.

What Is Hawaiian Salt?

Hawaiian sea salt is a special blend of flavor, minerals, and charming color that makes it an integral part of Hawaiian cuisine. It has become a preferred salt for other cuisines as well.

Hawaiian salt has trace minerals and metals depending on the nature of the water from where it is obtained. It has clay mixed in it that gives it color and an earthy flavor. This salt is used by the native Hawaiians to season and preserve their food.

What Is Himalayan Salt?

This naturally occurring mineral-rich salt is mined from Khewra salt mines located in Punjab, Pakistan. Formed by the evaporation of oceans, this salt is considered the cleanest salt. Himalayan pink salt has become quite famous during the last decade because of its untreated, pure nature. It is considered better than white regular table salt because of its unprocessed and unrefined nature. People are continuously switching from table salt to pink salt after knowing its benefits.

Red Hawaiian salt origin is the island of Hawaii. It is a blend of sea salt obtained from the Pacific Ocean in Kona Hawaii and naturally occurring Red Alaea volcanic clay from ancient Hawaii Island named Kauai.

Himalayan salt has been formed notably during the Jurassic period about 250 million years ago. It is a naturally occurring mineral salt in the Himalayan Mountains and has been recognized as nature’s gift. These mountains, where this salt is mined, once had lava covering the old sea beds. The natural barrier created by the lava has prevented pollutants and other impurities from getting to the salt. Because of this, many experts believe that Himalayan pink rock salt is the purest salt on earth.

Alaea red Hawaiian sea salt is essentially the same as pink salt. Both are composed of sodium and chloride but Hawaiian salt has alaea clay mixed in it that makes it different from pink Himalayan salt. That clay gives Hawaiin salt minerals and the red color for which it is known. These minerals also increase Hawaiian salt benefits.

Whereas, Himalayan salt is 98% sodium chloride and 2% minerals which are responsible for its pink color. These traces of minerals and elements make it nutritious.

Hawaiian red Alaea sea salt is made of 80 trace elements and electrolytes. It also with iron oxides which provide dietary iron.

Himalayan pink rock salt is said to contain a long list of trace minerals that are required by the human body. These minerals include zinc, magnesium, potassium, iron, sulfur, and many more. Most importantly it provides essential sodium to the human body. This salt is unrefined, unprocessed, and free from chemicals which makes it better than many salts.

Hawaiian salt has pinkish-red color with brown hues that comes from red clay containing iron oxide. After harvesting from evaporated seawater, it dries up in beds dug into lava. The brick red lava gets infused into the salt giving it a pinkish red color that resembles Himalayan pink salt color.

Himalayan salt color ranges from light pink to dark pink with red and orange hues. This color is due to the iron oxide content of Himalayan salt. The color range depends on the amount of iron. If the iron content is high then the color of the salt crystals will be dark pink with a red shade. Due to this color, Himalayan pink salt is used as a finishing salt.

Alaea Hawaiian salt has a crunchy texture and a smooth flavor. This acquires a little earthy flavor from the alaea clay. With its earthiness, this Hawaiian salt adds depth and richness to savory dishes. Excellent when used on seafood combined with herbs.

But it is extremely similar to what Himalayan salt tastes like. This is exactly why people also use these as each other substitutes. Even if you have someone taste both of these then it will be quite hard to distinguish between them. You will also have to use the same quantity of salt when using it as a substitute.

Difference In Uses and Benefits

Initially, people used the Himalayan pink salt to preserve food. After discovering its benefits, people started using it to season daily meals. Himalayan salt has recently gained popularity as a decor piece and cooking tool. From salt lamps to cooking and grilling blocks, this salt has multiple uses. People have started using pink salt instead of highly processed table salt in everyday meals. Himalayan pink rock salt mineral content provides the body with essential nutrients in traces. This salt is said to detoxify the body and hydrate it. Himalayan salt uses are not just restricted to humans. Mineral-rich pink salt licks are given to farm animals to satisfy their salt craving and for other reasons.

Hawaiian red alaea sea salt benefits are due to its mineral content. Hawaiians used it to cleanse and purify their houses, and temples. It also provides naturally occurring electrolytes to the body and cleanses it. Due to its rich salty flavor, natives used it in traditional dishes such as Kalua Pork, etc. Other cuisines have also started using it to season their dishes. It is also a good finishing salt because of its red crystalline texture.

Hawaiian red salt and Himalayan pink salt have their specific properties, benefits, and uses. Both can be used alternatively based on consumer preference.